Reb Steve will share coffee with Rabbi Mauricio Balter, Executive Director of Masorti Olami and MERCAZ Olami, Jerusalem. They will have a discussion about MERCAZ Olami.

This week's conversation will be broadcast live to the Beth Tzedec Facebook page and YouTube channel. Comment with your questions for Rabbi Balter on either platform! 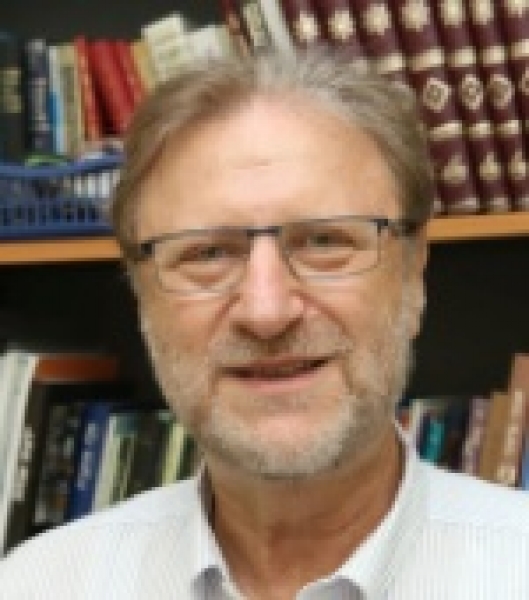 Born in Uruguay in 1957, Rabbi Mauricio Balter was raised in an ardently Zionist family, and was active from a very young age in Jewish and Zionist activities. In July, 1995 Rabbi Balter made Aliyah together with his family. In Israel he served for fifteen years as the Rabbi of the HaKrayot Masorti Congregation and from 2010-2017 serve as the Rabbi of Congregation Eshel Avraham in Be’er Sheva.

By virtue of his position as chair of the Liturgy Committee at the Masorti Movement in Israel, he headed the team that prepared and edited " Vaani T'fillati: An Israeli Masorti Siddur."

Rabbi Balter holds B.A and B.S degrees in Education and Judaism, respectively. He received his Rabbinic Ordination from the Seminario Rabinico Latinoamericano Marshal T. Meyer, in Buenos Aires, Argentina in May 1991 and his M.A. in Jewish Thought from Haifa University, Israel in 2003. He has served as Executive Director of MERCAZ Olami and Masorti Olami since July 1st, 2017.

Rabbi Balter serves as an Executive Member of the World Zionist Organization, a Member of the Board of Governors of KKL-JNF, Keren HaYesod and the Jewish Agency for Israel. In 2020, Rabbi Balter received an honorary doctorate from the Jewish Theological Seminary (JTS) in New York.

He is married to his wife Bilha, and is a father to two daughters and has two grandchildren.