This week, Reb Steve will share coffee with Idit Shamir, Consul General of Israel in Toronto and Western Canada. They will have a discussion about 'Welcoming The New Consul General'.

This week's conversation will be broadcast live to the Beth Tzedec Facebook page and YouTube channel. Comment with your questions for Ms Shamir on either platform! 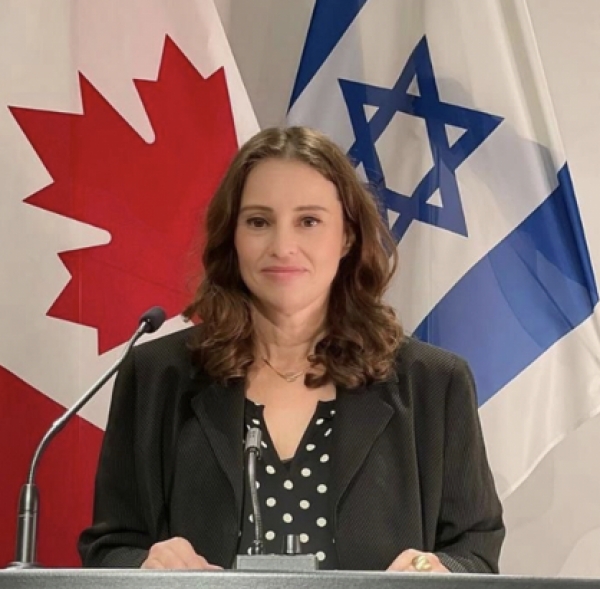 Ms. Idit Shamir began her term as Consul General of Israel in Toronto and Western Canada in August 2021.

Ms Shamir brings rich diplomatic experience from her service in China, Japan, Thailand and Cambodia. Her most recent postings included Head of Special Projects at the Economic Division of the Ministry of Foreign Affairs, and until recently, she worked on the economic implementation of the Abraham Accords.

Outside of government, Ms Shamir joined UNESCO at the United Nations Economic and Social Commission regional hub for Asia and the Pacific and served as Programme Specialist (Gender and Basic Education), Programme of Education for All. Prior to joining the Foreign Service, Ms. Shamir had a private law practice that specialized in representing victims of domestic violence. She also served as a lawyer with the Israeli National Council for the Child, an NGO dedicated to safeguarding of children's welfare, well-being and rights. Ms. Shamir also served as apprentice in the legal department of the Israeli parliament and the Association for Human Rights in Israel.