Reb Steve will share coffee with Jeff Springer, executive director of the Toronto office of the Jewish National Fund of Canada. They will chat about this year's "Negev 2021 A Night of 100 Dinners" celebration, honouring spiritual leaders from the GTA. 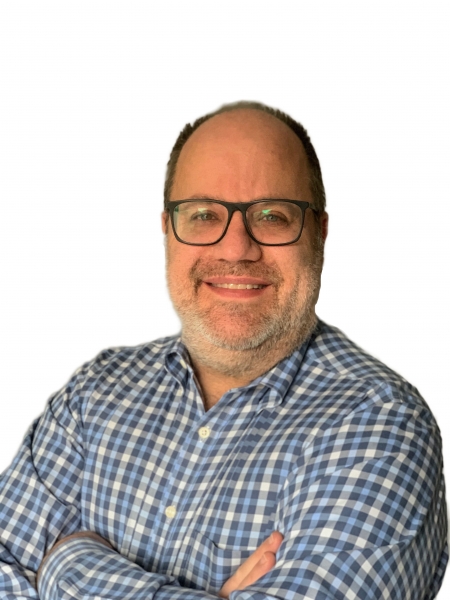 Jeff Springer currently serves as the Executive Director of the Toronto office of the Jewish National Fund of Canada. He is responsible for several areas of the organization including the Board of Directors, Nominations, Missions and Direct Marketing in addition to oversight of all fundraising campaigns and JNF Future, JNF’s leadership development division. Prior to his current position, Jeff was the Senior Vice-President, Corporate Affairs for UJA Federation of Greater Toronto.

Growing up in Toronto, Jeff attended the day school system, graduating from Associated Hebrew Schools and the Tanenbaum Community Hebrew Academy of Toronto. He received his Bachelor of Science in Biology from the University of Toronto in 1987 and his Master of Arts in Jewish Communal Service from the Hornstein Program in Jewish Communal Service at Brandeis University in 1989. He is a recipient of the Jewish Federations of North America (JFNA) Federation Executive Recruitment and Education Program (FEREP) Scholarship and is a graduate of JFNA Mandel Executive Development Program.

Jeff is married to Leslie Lerer and they have two children, Shira & Noah.

Events in Young Professionals
Prayer: What, Where, When and How
ScholarStream Series - The Roots of Conservative Judaism
Reb Steve's Salon
L'chaim!
BT Riders Small Group
Conversations Over Coffee with Reb Steve: Jerry Silverman
Learn Talmud at Your Own Pace with Rabbi Steven Wernick
75 Years Later: The Nuremberg Trials with Professor Stephen Berk
Conversations Over Coffee with Reb Steve: Asante Haughton
Shabbat as a Mindfulness Teaching with Aviva Chernick
View all Young Professionals Events